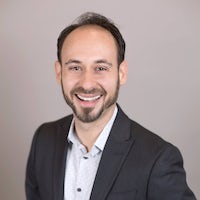 How I went from dropping out of a coding boot camp -thinking that coding was the most taedēre thing in the world- to making a come back, genuinely liking it and wanting to change my career.

The phone call that changed everything.

August, 2015. While hanging out at my parent's house (in Puerto Rico) I receive a phone call from The Iron Yard's Campus Director (in Orlando, FL) giving me the great news that I could attend the upcoming iOS Development cohort - that I recently had turned down because I couldn't get the financing for it- for free. Yes, for FREE.

Needless to say, that I was astonished, clueless, and a little bit nervous when I got the news and accepted the offer without thinking it twice. I told my family right away, made lodging arrangements, bought the plane tickets and off I was seeking that great opportunity.

A couple of months before that, I was reflecting on my life and how was I going to be 10 to 15 years from then. I was a professional chef, and a gigging bass player. I made good money to get by and save a bit, but I was completely alone. I was enjoying every moment of it, but I never envisioned myself growing old living like a tweenager for the rest of my life. Work, play bass and drink with my friends on my free time. It wasn't bad, but not what I wanted.

Thank goodness I found the woman that I wanted to marry for life during those times of reflection. I shared with her every concern that I had at the moment.

I could make an entire blog post of all the questions that came to my mind during that time, and include the ones that recently have popped out.

So I friend I had at the time told me about this coding boot camp and how he tought that - based on my skills, background, and he knew that I messed around with HTML & CSS for fun - it would be a good fit for me. Since Apple was booming with Swift and iOS devices, I thought that was the future and the right path for me. If apps was the technology taking over the world, then it would make sense to ride that wave so I wouldn't become obsolete and prosper. Also, I would see my back and knees getting their deserved rest after all these years working like a stolen mule in the kitchen.

My days at The Iron Yard

I don't want to bore you with every single detail of how the boot camp went. Well, at least the time I endured there. I'm just going to share some of pros and cons so you can relate to or understand what it was like. Also, I have heard of people that went through a similar experience, but I'll be sticking out to just mine.

I completely understand and kindly appreciate these teaching styles were you put students in a position that makes them think, analyze and they could get a bit stuck at some point but knowing they will get it at some point because you as teacher left them all the tools and knowledge necessary to tackle the task given. They struggle, but they are guided.

That was definitely not the case at The Iron Yard. Must of the time I felt like I was just being given stuff that I had to do without having a clue of how to do it or where to start. Felt like I was almost alone, googling stuff and must of the time googling for misleading information since I had no clue of what to search for. I was just aiming blindly.

I did manage to grasp some of the concepts and material. I did manage to finish some of the homework. I never finished a single app. Not even the first one that was a simple counter. I did not understand how Git or GitHub worked. I was sure that if I pushed through and just hanged in there I could have been another Iron Grad, feeling accomplished for having finished the course but deep down feeling like a mediocre programmer.

So one day they had a previous grad come in and talk to us about his experience at TIY and how he found a job, etc. It was a key moment for me to decide what I was going to do because that guy looked beat up. Before the meeting started, he was telling a few of us how he struggled to find a job, spending months doing unpaid internships to "get experienced", how he still had to use google all the time for everything and how he had to put extra unpaid hours at home to finish his work because he still did not had a clue of what he was doing while being paid a less-than-average salary. Of course, when the meeting started he gave us the buttered down version of the story with cinnamon on top. Worst of all, he did not seem motivated or half happy. He seemed like he was just surviving, getting by, every single day.

After 2 days of thorough discernment, I agreed that finding a job is a competitive arena, no matter the industry you're in. I agreed that google is the best tool to find documentation, find your way out when you get stuck with a problem and get your job done. I agreed that sometimes, some tasks can take longer and at first you would have to invest extra time for learning and practicing until you can do it faster.

However, I could not stop considering that with good preparation, guidance, set of tools, and the right amount of motivation you can beat the competition, get a job faster and be that promising new hire in a promising company where you will get a promising career. Not on your own.

It was very demoralizing to be enrolled in a school that made "Learn on your own" fashionable and trendy. Their excuse of "everything will click just like that at some point" was the most idiotic thing I've experienced. To me, that's the perfect formula for creating programming assholes or programmed assholes. How do you think inculcating that kind of culture will end up?

Students learn that is okay to do and pay it forward thinking they are doing someone a big favor. People then complain of stressful workplaces and hostile environments. That's without saying that people actually paid to be treated like that. Thank goodness it was free for me, because it would have been the worst $12,000+ spent just to sit down and learn how to google iOS stuff. That, I can do at home in my jammies for free.

So, what happened after that?

My wife was very concerned of me. She noticed how I went from total excitement to hatefulness and depression. She knew there had to be something wrong happening. I was not being my real self lately, I was struggling with the idea of quitting as I am not the quitter type. I always find a way or modify, but never quit. Feeling like the victim seemed dreadful. I came here to push through, to become better, to step up, to have a better life, not to quit!

Maybe in a movie I would have been able to give my all, graduate from that boot camp and be the most promising Junior Dev in a big company like Apple. But that was not real life. At least not in mine. We were in a very bad financial situation and I just couldn't afford to gamble my time.

I ended up quitting The Iron Yard. It felt darn good. It was one of the best feelings I've felt in my life. All peaches and cream until I crashed because I really wanted to learn to code. That, I felt it deep in my gut. It haunted me. Telling me how good I could have been if I only stood up to it. Did I made the right choice? I know the wrong choice is not making one.

After that, I went back to the music business and worked as a chef. Eventually, managed to help my wife get our finances in order. We bought a house, rescued my mom from Hurricanes Irma and Maria hitting Puerto Rico, saved my mom from breast cancer, got married, moved to a bigger house and now we're expecting a baby.

During all the time that has passed, I never lost the curiosity of coding. I discovered and played around with FreeCodeCamp after joining the #100DaysOfCode community, I took Udemy courses on my free time, but most of all I've read a lot about coding and the different paths that you can take.

On October 16, 2019, I finished Angela Yu's The Complete 2019 Web Development Bootcamp in Udemy. The 1st goal of my career change roadmap. I enjoyed every bit of it and learnt everything that I wasn't able to learn before at a coding boot camp (R.I.P. The Iron Yard).

There's still so much work left for me to do in order to reach my mayor goal of launching my career as a Full Stack Web Developer, but I feel darn good about the progress that I am making. I've been a musician, a chef and two years ago I left everything to become a care giver (for my Mom). Not afraid of changes nor regretting the choice I made. I'm embracing this path quite lovingly and I'll try to keep journaling about my career for my future self and everyone out there who wants to share it with me.

Thank you for reading,

I feel identified with you Juan, I am unemployed and I am learning in freecodecamp and with Jon Duckett's HTML & CSS book, I have left and started again several times since February when I made the decision to become a web developer, and I have that as motivation, to work what I like, working on my own and seeing how far I can go. 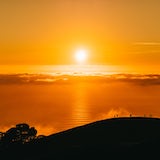 I randomly came across your post. Thank you for sharing your story! Despite the struggle you haven't lost your motivation, I can see that. Have you considered working with a coding mentor, someone who has been programming for a while to guide you?